Well-respected North Texas cardiologist, Dr. Peter McCullough has impeccable academic credentials. He's an internist, cardiologist, epidemiologist, a full professor of medicine at Texas A&M College of Medicine in Dallas. He also has a master's degree in public health and is known for being one of the top five most-published medical researchers in the United States and is the editor of two medical journals.

Dr. Peter McCullough, is recovering well after being diagnosed with coronavirus in October 2020. The 57-year-old physician used the protocol of hydroxychloroquine, antibiotics, aspirin, and vitamins that he and over 20 of his colleagues have published for the early treatment of COVID-19.


After eight days, he felt well enough to go for a jog.

“It’s a rough illness and I can see why older adults are worried,” McCullough recounted his experience to The Texan. “I am strongly encouraging early home treatment for anyone over 50 of who has underlying health conditions.”

For patients who are over 50 and/or have health risks such as underlying lung, heart, or kidney disease, diabetes, cancer, or obesity, McCullough urges treatment at the onset of symptoms of coronavirus to get ahead of the virus and prevent hospitalization.

As one example, McCullough successfully treated his elderly father, a nursing home resident, when he contracted coronavirus earlier this year. His father did not require hospitalization.

“The vaccination will be too late to save so many Americans,” McCullough emphasized.

McCullough, who is widely published and works with two well-known Texas medical institutions, first issued his suggested protocol in the American Journal of Medicine in August 2020.

The vitamin and supplement protocol includes: quercetin, zinc sulfate, Vitamin D3, and Vitamin C.  McCullough said he doesn’t have any evidence to believe these help prevent contracting the illness, but he believes they should be included in the early treatment protocol as supportive therapies.

Because the virus replicates rapidly, McCullough recommends using a course of 200 milligrams (mg) of hydroxychloroquine twice a day for at least five days. Of all the therapies he used, McCullough believed this helped him the most during his illness.

“Hydroxychloroquine far and away made the biggest difference,” McCullough commented. “It is not a cure alone, but it makes a giant difference.”

If a patient has known heart issues that put them at risk when taking hydroxychloroquine, McCullough offers ivermectin as an alternative.

He also believes the United States needs to immediately investigate the efficacy of favipiravir, which he says is being used successfully as a treatment in 30 countries around the world.

Along with hydroxychloroquine, McCullough’s protocol suggests a course of antibiotics, such as doxycycline or azithromycin, to help reduce the chance of secondary infections.

The risk of blood clotting is one of the most frightening aspects of the disease, McCullough acknowledged, and thus he has updated his earlier advice to increase the recommended dosage of aspirin to 325 mg daily.

For those who contract COVID-19 and are in the “at-risk” category, McCullough recommends “A Guide to Home-Based COVID Treatment” published by the Association of American Physicians and Surgeons (AAPS).

If the patient’s physician is unsure about or unwilling to use the treatment protocol, the AAPS guide has suggested telemedicine options for receiving treatment.

McCullough believes that the treatment program he recommends is reasonable for the whole country.

“In a pandemic, we have to make a decision based on a reasonable chance of success,” he remarked. “We need major medical centers and medical boards to get on board [with early treatment].”

“I never thought I’d see the day where doctors are censored, and patients are kept from care,” McCullough grieved.

Because the virus continues to spread despite control measures, McCullough believes hospitals could soon be overrun unnecessarily. The National Institutes of Health COVID-19 treatment plan makes no recommendations for treatment until a patient is hospitalized and in need of oxygen, McCullough pointed out.

However, he sees this as a recipe for disaster as hospitals are not equipped to be the first line of treatment.

Since posting his first videos in October, McCullough says they have had thousands of views, and he has given multiple interviews with medical reporters.

In December 2020, McCullough published an updated protocol, co-written with 56 other authors who also had extensive experience with treating COVID-19 outpatients. The article, "Multifaceted Highly Targeted Sequential Multidrug Treatment of Early Ambulatory High-Risk SARS-CoV-2 Infection," was published in the journal Reviews in Cardiovascular Medicine, of which McCullough is the editor-in-chief.
Dr McCullough has also updated his protocol to incorporate ivermectin as an option for early treatment protocol as published in the journal above.

"That paper, today … is the most frequently downloaded paper from BET Journal," McCullough says. "It also is the basis for the American Association of Physician and Surgeons COVID early treatment guide. (Download Guide)

We have evidence that the treatment guide has been downloaded and utilized millions of times. And it was part of the early huge kick that we had in ambulatory treatment at home towards the end of December into January, which basically crushed the U.S. curve.

We were on schedule to have 1.7 to 2.1 million fatalities in the United States, as estimated by the CDC and others. We cut it off at about 600,000. That still is a tragedy. I've testified that 85% of that 600,000 could have been saved if we would have had … the protocols in place from the start.

But suffice it to say, the early treatment heroes, and you're part of that team Dr. Mercola, has really made the biggest impact. We have saved millions of lives, spared millions and millions of hospitalizations, and in a sense, have brought the pandemic now to a winnowing close."

While the World Health Organization and national health agencies have all rejected treatments suggested by doctors for lack of large-scale randomized controlled studies, McCullough and other doctors working the frontlines took an empiric approach. They looked for signals of benefit in the literature.

"We didn't demand large randomized trials because we knew they weren't going to be available for years in the future," McCullough says. "We didn't wait for a guidelines body to tell us what to do or some medical society, because we know they work in slow motion. We knew we had to take care of patients now."

Dr. McCullough qualified that these views expressed are his own and do not necessarily reflect those of the institutions he’s associated with.

The full interview between Joe Rogan and Dr. Peter McCullough

How Can I Reach Dr Peter McCullough?

Hydroxychloroquine (HCQ) is not effective when used very late with high dosages over a long period (RECOVERY/SOLIDARITY), effectiveness improves with earlier usage and improved dosing. Early treatment consistently shows positive effects. Negative evaluations typically ignore treatment time, often focusing on a subset of late stage studies.
As of December, 2021 there have been more than 30 studies of Hydroxychloroquine for early treatment with an overall average improvement of 64% as compared to the control groups.
Here’s a chart from c19early.com that shows that hydroxychloroquine performs better than ivermectin when given as early treatment in terms of risk reduction of dying from COVID-19: 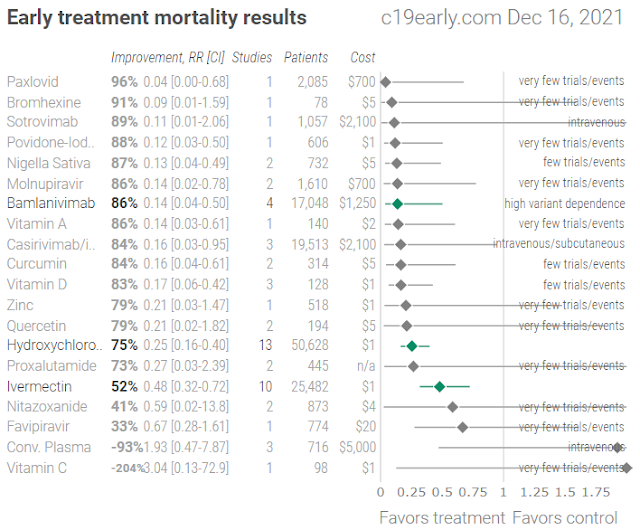 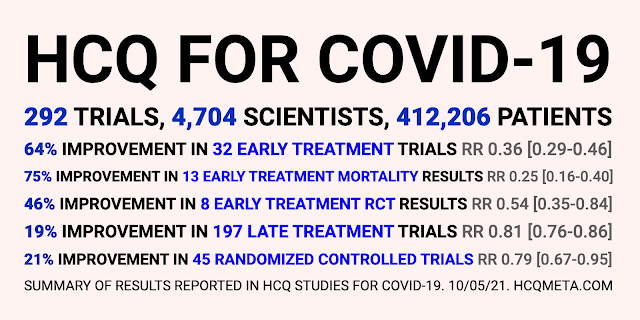 The evidence tracking on Hydroxychloroquine versus COVID-19 is available at c19hcq.com (constantly updated). 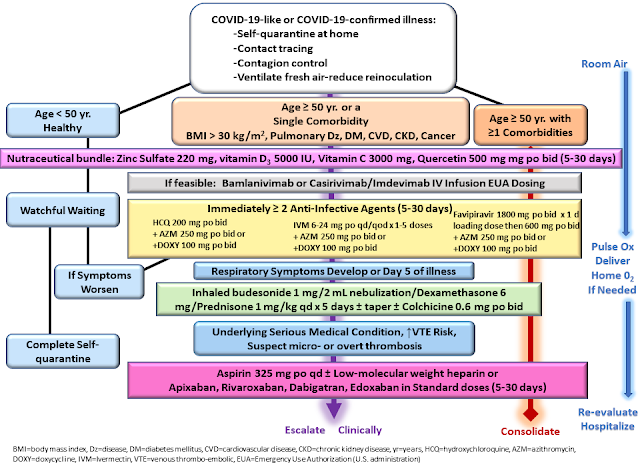 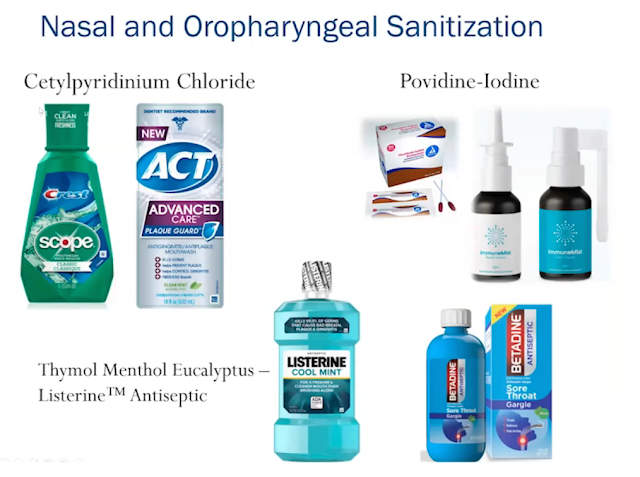 9 Best Mouthwashes for COVID-19 according to Evidence (2022) 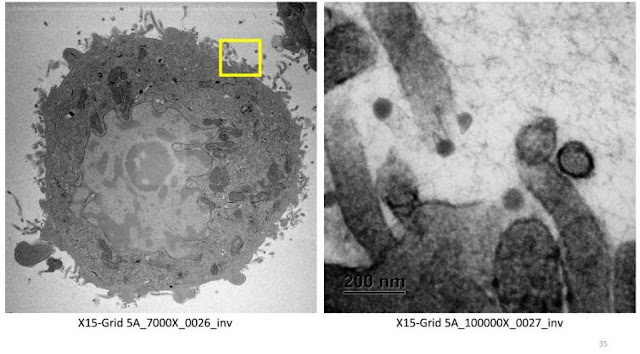 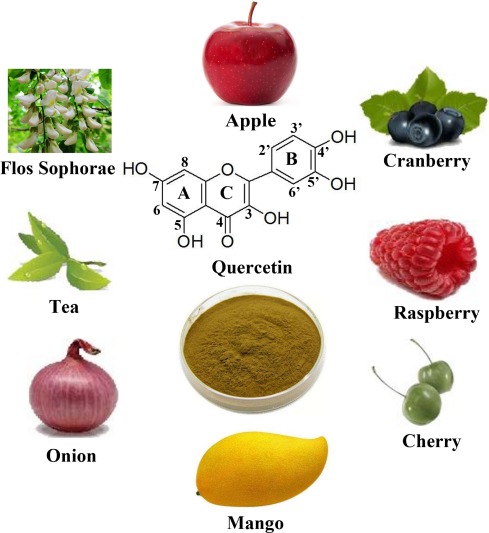 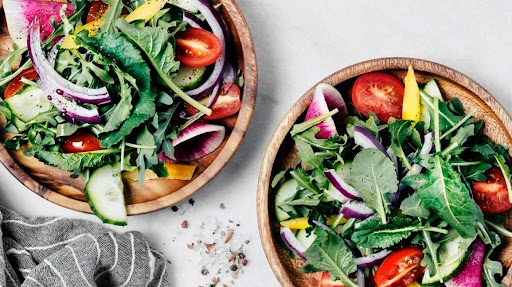 10 Best Quercetin Supplements of 2022: Benefits, Dosage and Side Effects

Quercetin, Zinc, Vitamin C and Vitamin D3: Can They help Against Coronavirus? (2022)