Plant based Milk vs Regular Milk: What's the Difference?

Well-respected North Texas cardiologist, Dr. Peter McCullough has impeccable academic credentials. He's an internist, cardiologist, epidemiologist, a full professor of medicine at Texas A&M College of Medicine in Dallas. He also has a master's degree in public health and is known for being one of the top five most-published medical researchers in the United States and is the editor of two medical journals. McCullough et al. Reviews in Cardiovascular Medicine, 2020 Dr. Peter McCullough, is recovering well after being diagnosed with coronavirus in October 2020. The 57-year-old physician used the  protocol   of hydroxychloroquine, antibiotics, aspirin, and vitamins that he and over 20 of his colleagues have published for the early treatment of COVID-19. After eight days, he felt well enough to go for
Post a Comment
Read more 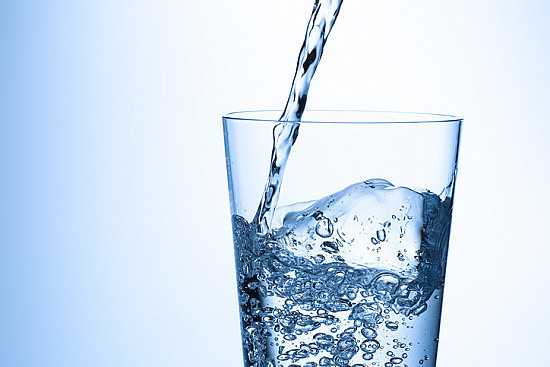 One of the easiest steps you can take to improve your health is to provide your body with optimal hydration in the form of pure water. Researchers 1   found that middle-aged people whose serum sodium is higher than normal, indicating dehydration, had an increased risk of being biologically older than their chronological age, of developing chronic diseases and of dying prematurely. This is logical since your body is made up of mostly water. An infant's body weight is 75% water, which drops to 55% in the elderly. 2  Optimal water balance is essential for survival. If you become dehydrated, your body activates several hormonal and neuroregulatory mechanisms, among which are feeling thirsty to help remind you to drink water and your urine output declines. However, this also means that the waste products excreted by the kidneys will be more concentrated. Water plays a significant role in your bodily functions, including keeping your skin healthy, eliminating toxins and facilitating dige
Post a Comment
Read more

Fruit and Veggie Supplements vs Fresh Fruits and Vegetables: What's the Difference? 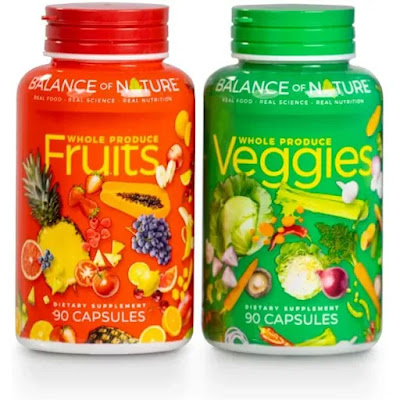 Are supplements good substitutes for fresh fruits and vegetables?   We found that "fruits" and "veggies" supplements were   not substitutes   for getting the recommended daily intakes of fruits and vegetables, despite marketing claims for some saying they are. At best, only one-fifth of the adult daily requirement might be met with a suggested daily serving of any of these products. Adults need about 500 grams of   fresh   fruits and veggies per day. If dried and made into powders, this would equal about 50 grams per day. Most supplements provide no more than 2 to 10 grams of powdered fruits and veggies per suggested daily serving; many don't even list the amounts; and some contain greater amounts of ingredients like tapioca syrup and sugar than fruits or vegetables. In fact, you can get more fruit (and fiber) from a single apple than from most fruit supplements, and at much lower cost. What are the health benefits of supplements that contain fruits, veggies, a
Post a Comment
Read more 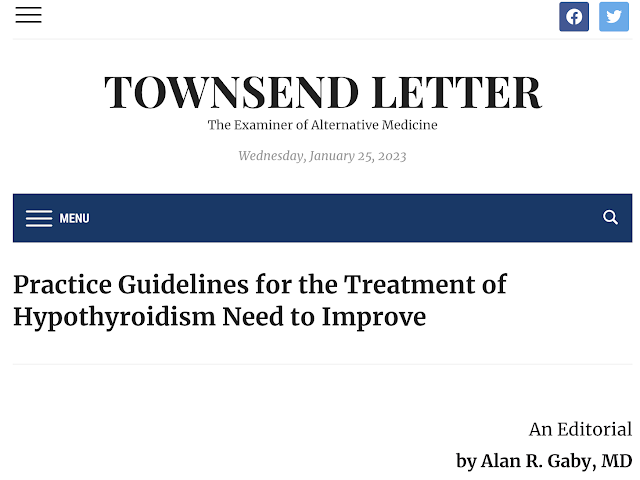 For many decades, the prevailing opinion in mainstream medicine has been that levothyroxine (T4) is the only appropriate treatment for nearly all patients with hypothyroidism. During that time, some practitioners (including this writer) have held a dissenting opinion. Our view is that a substantial minority of hypothyroid patients respond better to preparations that contain both T4 and triiodothyronine (T3; also called liothyronine) than to products that contain only T4. It is generally agreed that T3 is the biologically active thyroid hormone and that T4 is a precursor molecule that is converted in the body to T3. The argument used to support the mainstream opinion about thyroid therapy is that the body is capable of converting T4 to T3 at exactly the rate it needs to. Thus, even though the human thyroid gland secretes both T3 and T4, T4 alone is all that is needed for complete thyroid hormone-replacement therapy. Those of us who hold the dissenting view do so for a simple but importa
Post a Comment
Read more

Heart attack and stroke are the two most devastating and common circulatory issues we face in our time. Heart attacks are due to blockage of coronary arteries, and majority of stroke cases are due to thromboembolism. Currently there are three main categories of pharmaceutical agents used to treat or prevent ischemia issues: thrombolytics, antiplatelets, and anticoagulants. Thrombolytics can be a life-saver in acute situations when used appropriately but have a few drawbacks: short window of opportunity for its application, the risk of intra-cranial bleeding, and the fact that they have to be administered via intravenous infusion. Antiplatelets and anticoagulants may be used acutely or as a secondary prevention. They work by interfering with the coagulation system thus limiting the spread or worsening of the ischemia; they do not resolve the existing thrombus or embolus. It is still up to the body's own fibrinolytic system to resolve the blockage, which may or may not happen. Like t
Post a Comment
Read more
More posts